This year, I had to make a lot of trips from Launceston to Hobart. With constant construction on the main highway, I was enjoying taking the road less travelled over the highland lakes. This also gave me the excuse to knock off a few peaks on the way to Hobart.

One such opportunity arose in April. I was giving my good mate, Troy a ride to Hobart so I roped him in to a quick side trip up Mt Penny West on Arthurs Lake. We headed off from Launceston mid morning and headed towards the lakes.

An hour and 15 minutes later we were finding a spot to park beside the lakes road. We eventually found a small alcove to park in on the gravel road and got out of the car just as it started to snow. Hmmmm. We walked down the road a little way and headed into the forested scrub in the approximate direction of our objective. By this time the snow had stopped but we kept warm gear on anyway.

The terrain wasn't much. Scrubby, no views through eucalypt forest. about 20 minutes after starting we arrived at a rocky rise and climbed it through the trees and then followed the rise along. We then dipped again slightly before arriving at a final steeper climb. We climbed this short, rocky section to arrive at the summit cairn 35 minutes after leaving the road. We had good views of the lake and across to the other Abels of Parson and Clerk as well as Mt Patrick.

After some customary photos on our phones (didn't bring camera gear today), we turned around and headed back the way we came via the fairly nondescript route. We were back at the car 1 hour and 5 minutes after starting the walk. Another Abel down. An enjoyable stroll, but I won't be rushing back. 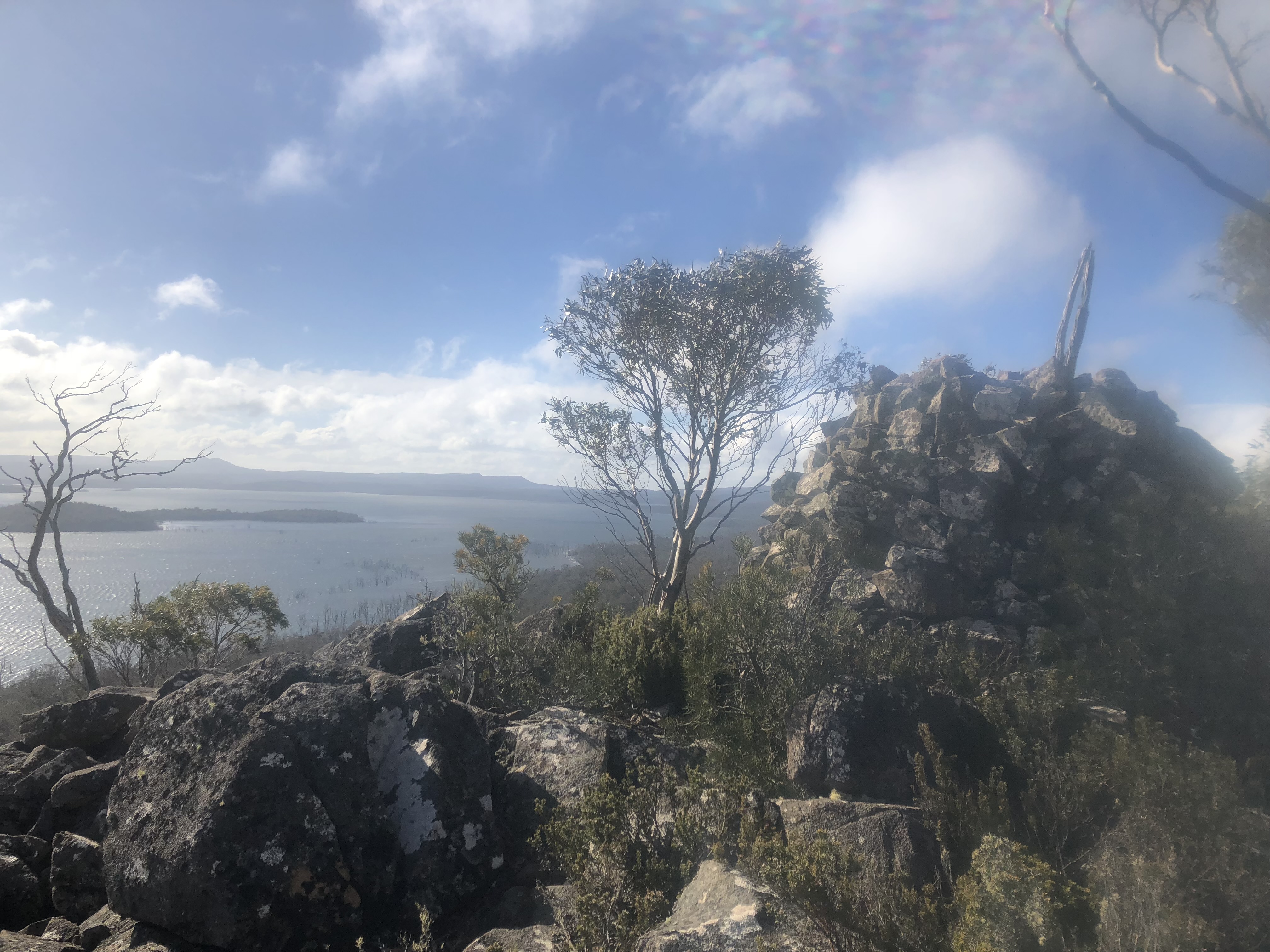