I had a free weekday morning, so after school drop offs I hit the road and was on my way towards Poatina. After an hour I was at the start of the route up to Sandbanks Tier. It was a cool day, with drizzle rolling through but after about 5 minutes into the walk it settled down and cleared.... a little. I plugged on initially following a fence line before hitting the scree that led to the summit. This was my first decent scree walk since breaking my ankle on Rat’s Castle in June last year so I was a little wary. But after a few minutes my confidence was back and I was well on the way. I followed a fairly well cairned route through the first band and then crossed a few trees before more scree that got steeper. I clambered up through this as it started to snow. Nice.

I followed the cairns into another thicket of Eucalypts and followed a rough pad and some tape. Around this point the route petered out so I just followed my nose through the brief patch of scrub before hitting the final scree climb to the summit. The wind was stronger and very cold so I was fully rugged up when I arrived on the top. The snowy sleet continued intermittently but wasn’t too bad. I got some limited views to the surrounding peaks and didn’t stay long. After some happy snaps I dropped off the top and found some cairns, following them down before losing the route in the same spot. I came back into the familiar scree field and made my way back down as the sun appeared again. Off with the rain coat and back down the fence line. I was back down at the car 1hr 25mins after starting. Back home again three and a half hours after leaving. A great little trot AND another Abel down. 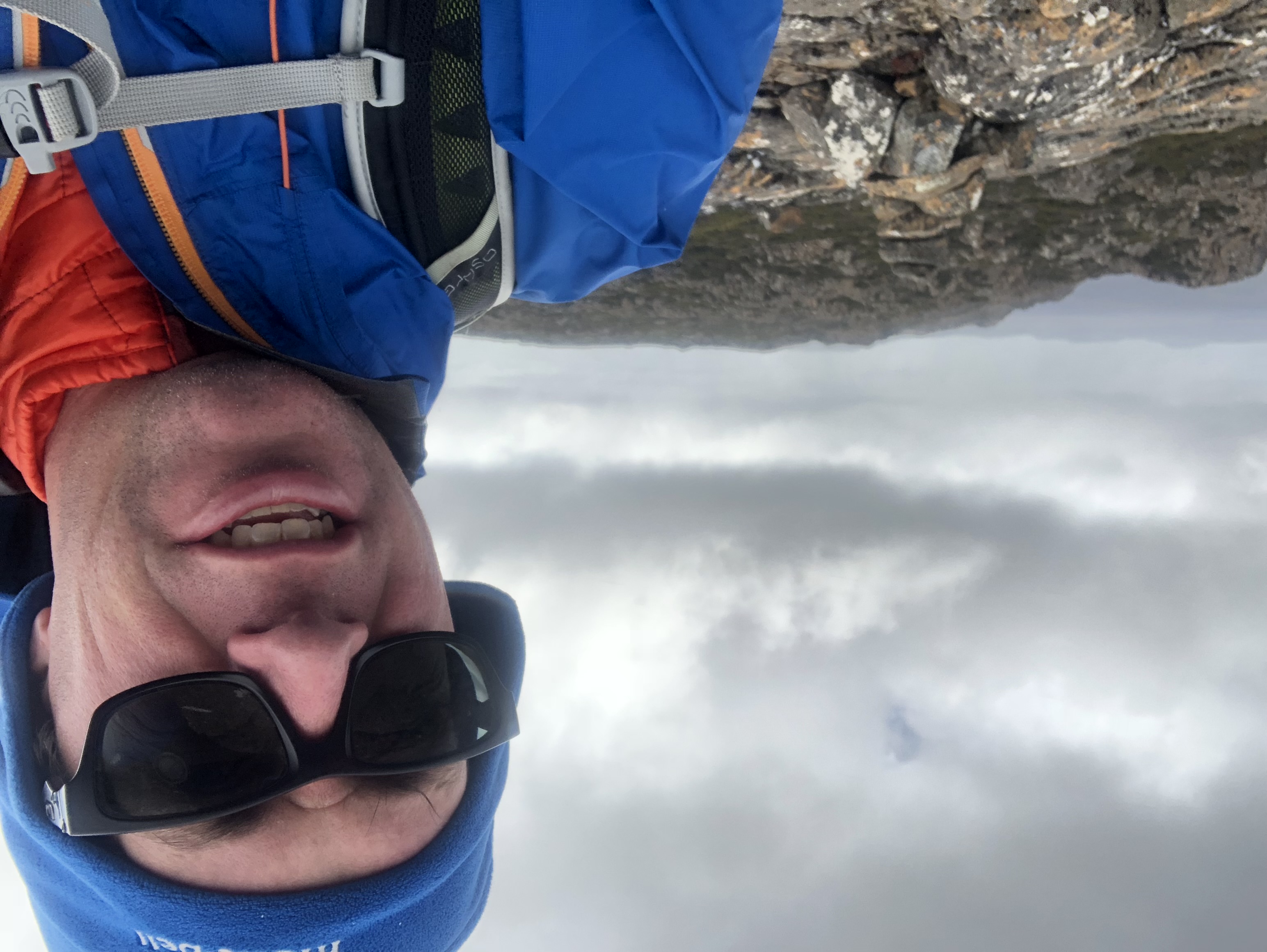